Santa Caterina, a proper “enduro” round, worth the finals of the 2016 season of Superenduro powered by SRAM

The last round of Superenduro powered by SRAM will take place in Santa Caterina Valfurva and it will also be valid as the closing round of the Lombardy Enduro Cup. It is getting closer and closer now and we cannot wait to see who will bring home the 2016 title. 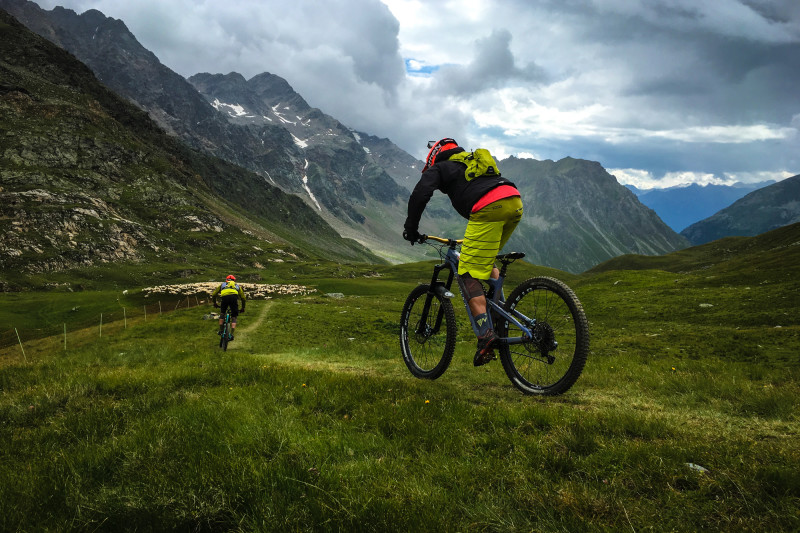 Marco Milivinti (Gb Rifar Team) from Valtellina and Louise Paulin (Airoh Ion Santacruz Team) are the current leaders of the general classification, in the Men and in the Women respectively, but they are chased at close distance by a number of strong riders ready to exploit even the slightest hesitation of the two of them.
And this time, at Santa Caterina, making errors is not an option. After Special Stage 1 (Linea [Line]) reachable from one of the switchbacks of a very infamous climb of Giro d’Italia, that of Gavia Pass, the riders will be out in the mountains in complete self-sufficiency for most of the day. In this kind of terrain, so rough, it is very easy to destroy a mech and say goodbye to the whole race: double thinking, before taking a risk, will be critical. 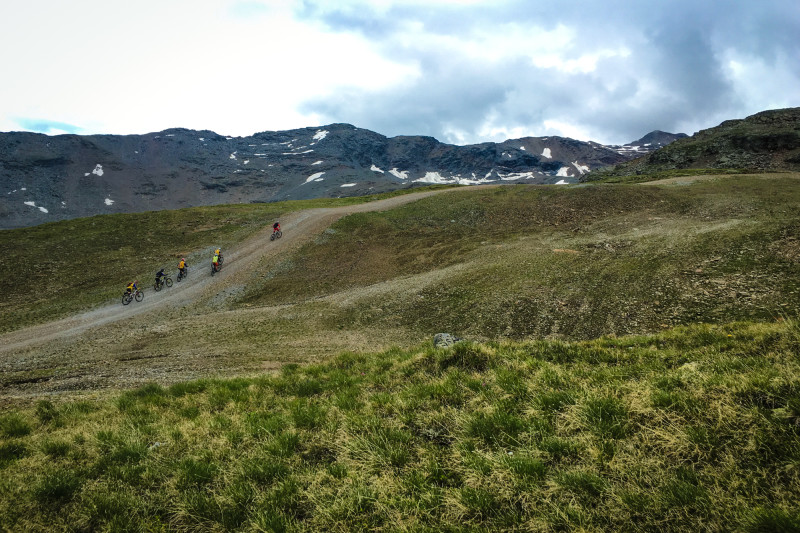 Tomorrow, Saturday 30th, it will be practice day but quite a few riders have already been up there to familiarize themselves with the terrain where they will be racing on Sunday, 31st July. Among them Marco Milivinti, who really wants to have a good one here, also because these are his home trails and he is surely prompted by extra motivation and special cheering.
“Santa Caterina is the last round of the season and the whole championship will be decided here: it is really important to give it all. For sure the race course is not the most favourable to me: the trails are completely natural while I usually prefer purpose-built tracks. I am convinced that it is going to be tough; I will give it all”. – Marco Milivinti 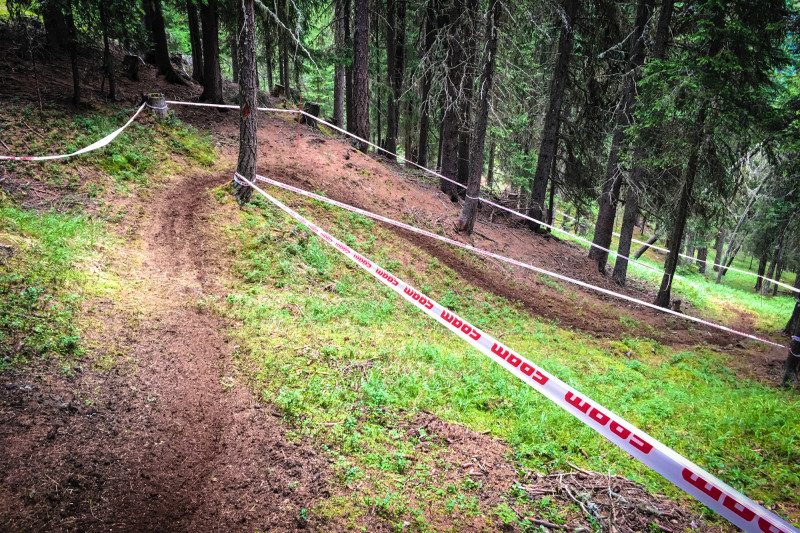 And what kind of race will take place at Santa Caterina?
Again, the race course will be different from those of Massa Marittima, Varazze and Canazei. And, perhaps, it will be the toughest of the season.
The race course will run at elevation, and almost two thirds of it will be above 2000 meters. Right here, in Santa Caterina, one of the Special Stages will have the highest start line ever: the Santa Caterina Gondola will be used to reach the elevation of 2600 meters, but then there will be still 400 m uphill to be pedalled. The start of Special Stage 2 – Dynamite – is at about 3000 m, on a ridge that will offer breathtaking views over the glaciers and the surrounding peaks. 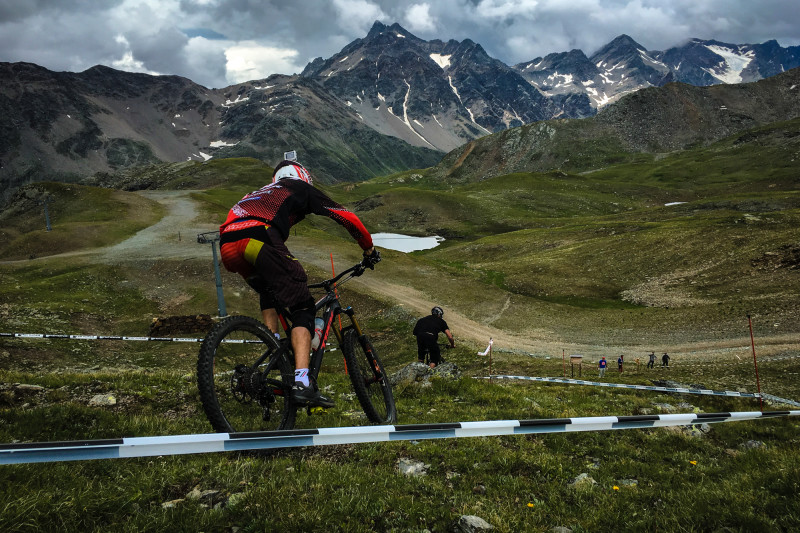 It will be hard work and the altitude will play a key role. The Special Stages will be physical, tough on the body, as they will only use alpine-style trails and mule tracks, many of them built before the First World War. Keeping good pace and being quick will be really hard, working all the time with the body to keep the bike floating on top of wheel stoppers, holes and rocks.
“The trails used during this round of Superenduro are the perfect example of what the territory can offer to the riders who come to do some mountain-biking here. They are part of a greater route, at elevation and more than 40 km long, that connects the best trails of the area within the Stelvio Natural Trail Park, a project that we announced just a few days ago. Natural lines and total integration within the surrounding environment: this is the direction we will develop this very special network of trails”. – Alberto Pedranzini, one of the people in charge of the SNTP project. 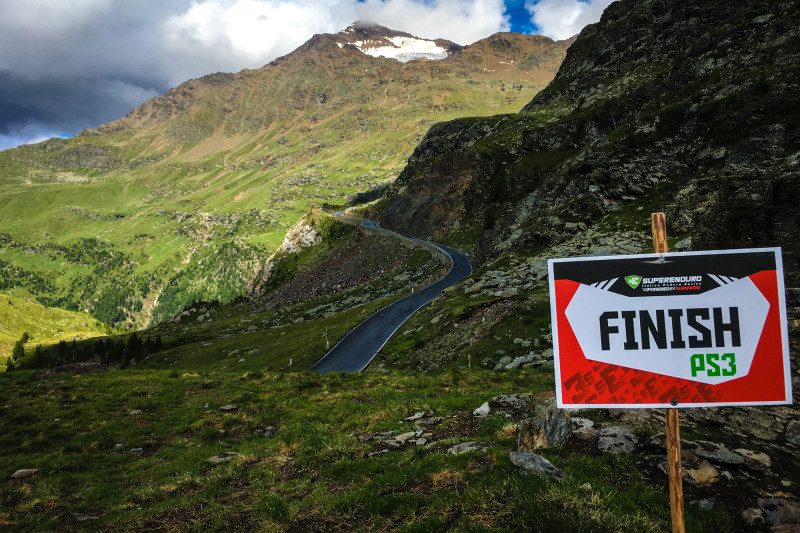 And not the Special Stages alone will be that natural. It can sound a bit peculiar, but one of the most difficult section will be the transfer between Special Stage 3 and 4, which is as beautiful and fascinating as exposed and insidious. Not surprisingly, for the first time in the history of Superenduro, marshals will be deployed along the track, also if not timed.
Superenduro powered by SRAM will offer a spectacular weekend at Santa Caterina Valfurva, full of twists and turns, a race that will keep us in suspense until the last Special Stage. 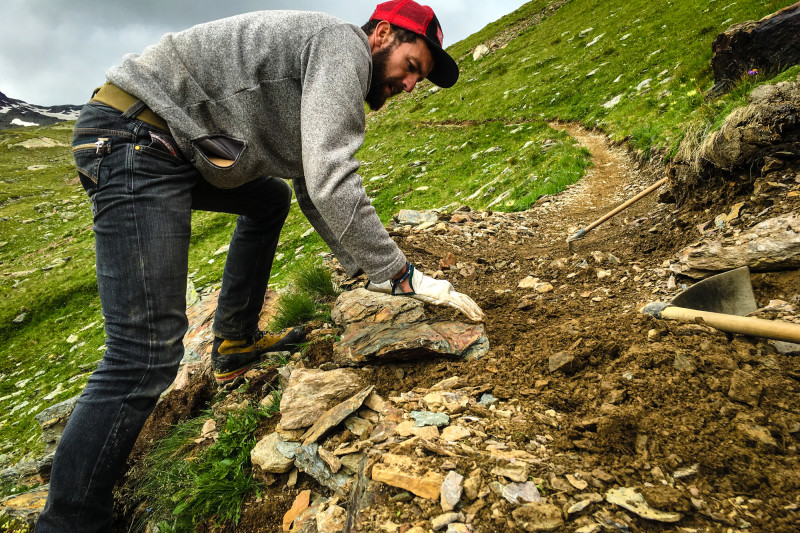