The 2017 season comes to its end on the trails of one of the most beautiful resorts overlooking the Ligurian Sea. Portofino Superenduro in Santa Margherita Ligure has been a tough and physical race, a challenge that has excited participants and public alike, at a level that met the expectations of the Series and worth an Enduro World Series Qualifier event. 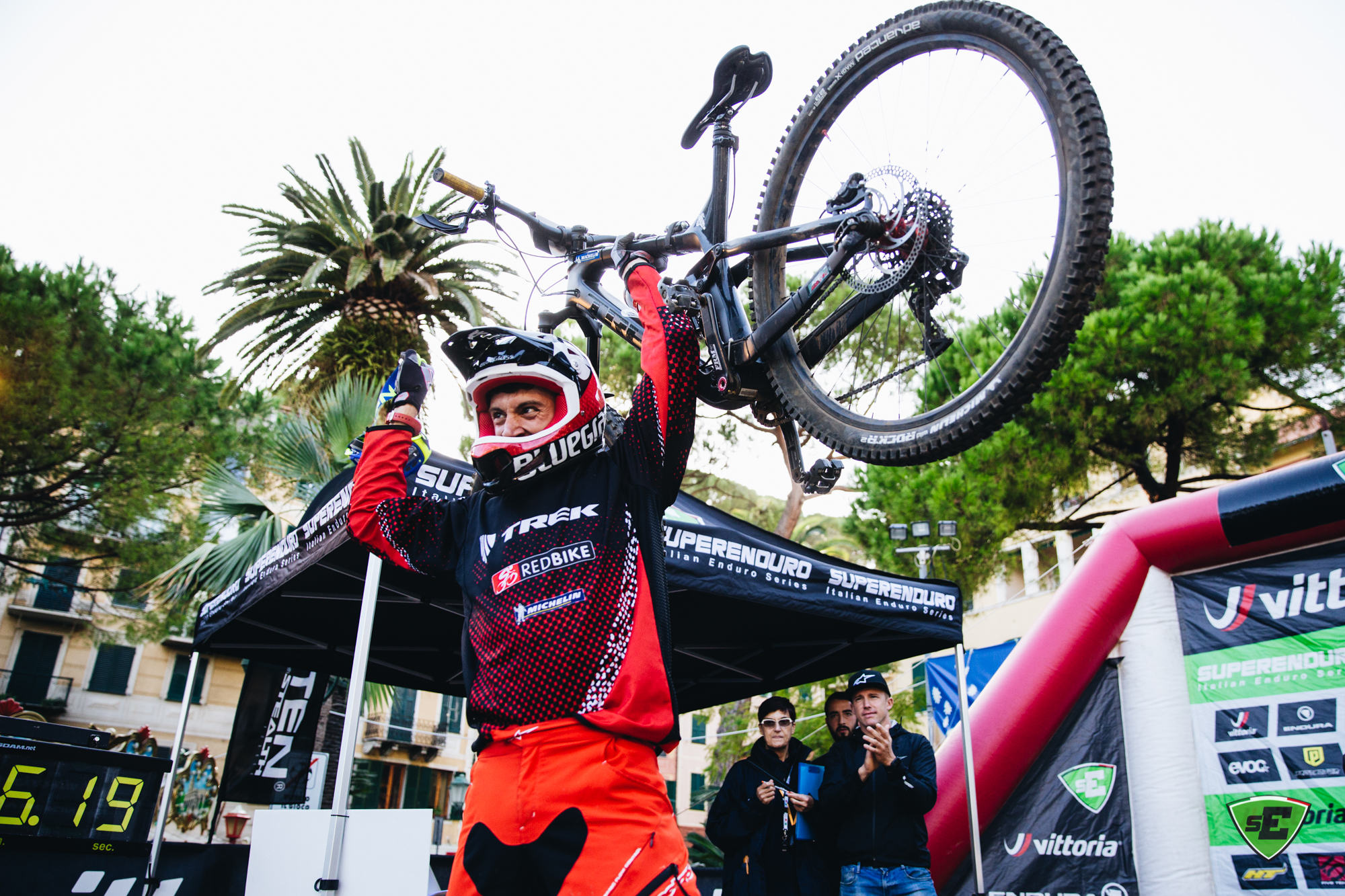 The previous four rounds bridged Umbria, Trentino-Alto Adige, Aosta Valley and Emilia-Romagna regions; for the last round of the season, Superenduro lands in Liguria with a decisive event on offer, the final fight for the 2017 Superenduro titles.
With everything still at stake and the overall victory well within the reach of several contenders, both in the Women and in the Men’s, emotions and tension were running high in the paddock area on the seafront of Santa Margherita Ligure, where mechanics and team managers kept busy trying to make their rider/machine combo as competitive as possible.
The emotions of almost 300 riders raring to go turned into adrenaline as soon as the race kicked off and they could finally put their wheels onto the trails, made ready by event organizers Portofino Bike. It was finally time to charge hard through corners and pedalled sections, craving for victory. 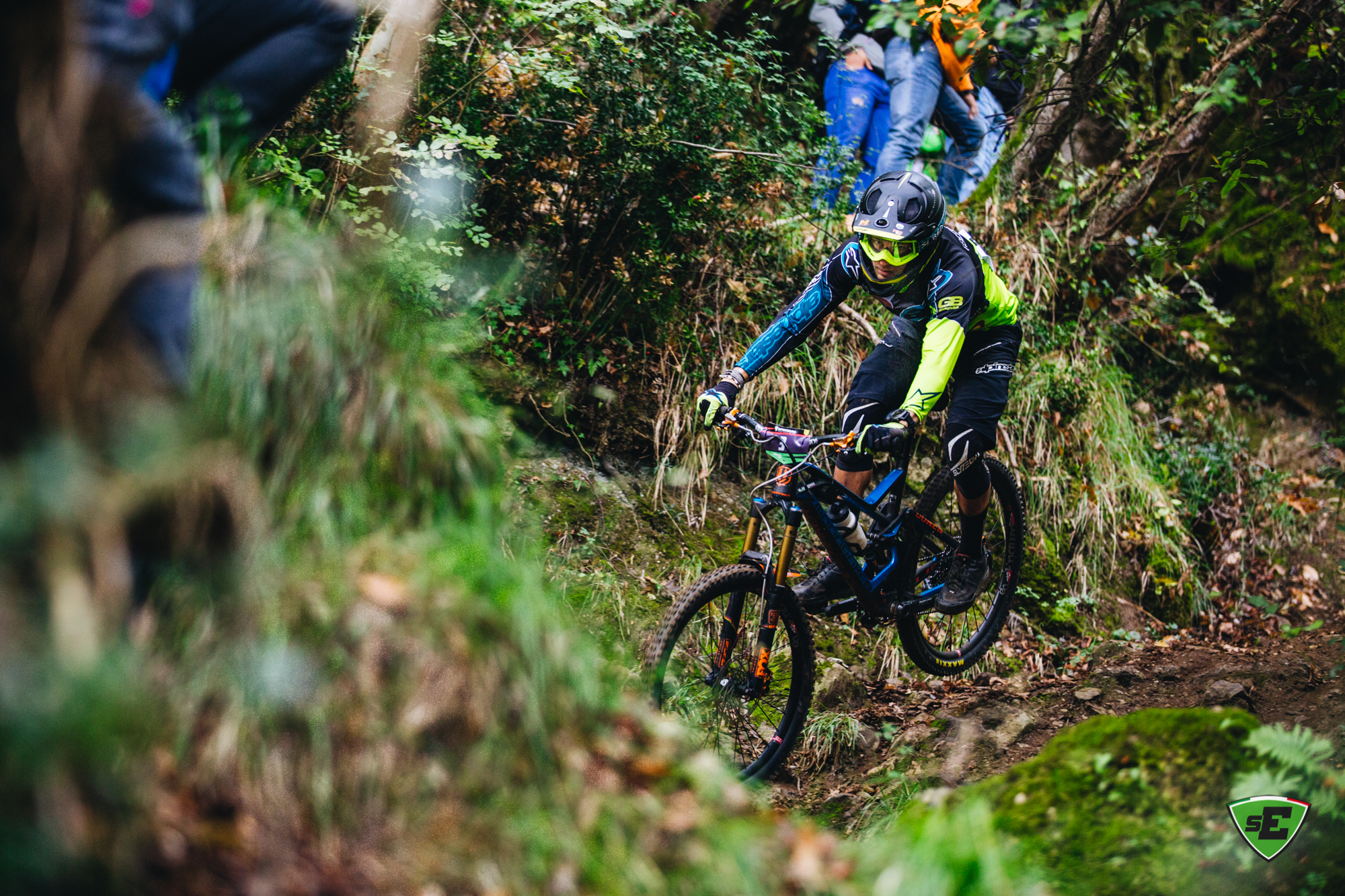 New Superenduro champion is Vittorio Gambirasio, from Turin, coming in fifth on the day just 26.53 seconds off the lead. He finally hits the target pursued during quite a few seasons and, after the 2016 Italian Champion title, he manages to take to his Red Bike Team also the National Superenduro Series win.
After crossing the finish line, Vittorio Gambirasio declares “Throwing a whole season of work away, today, was easy. We were all just a few points away. All of us, quick riders; and the goal was not only to finish the race but also to ride fast”. 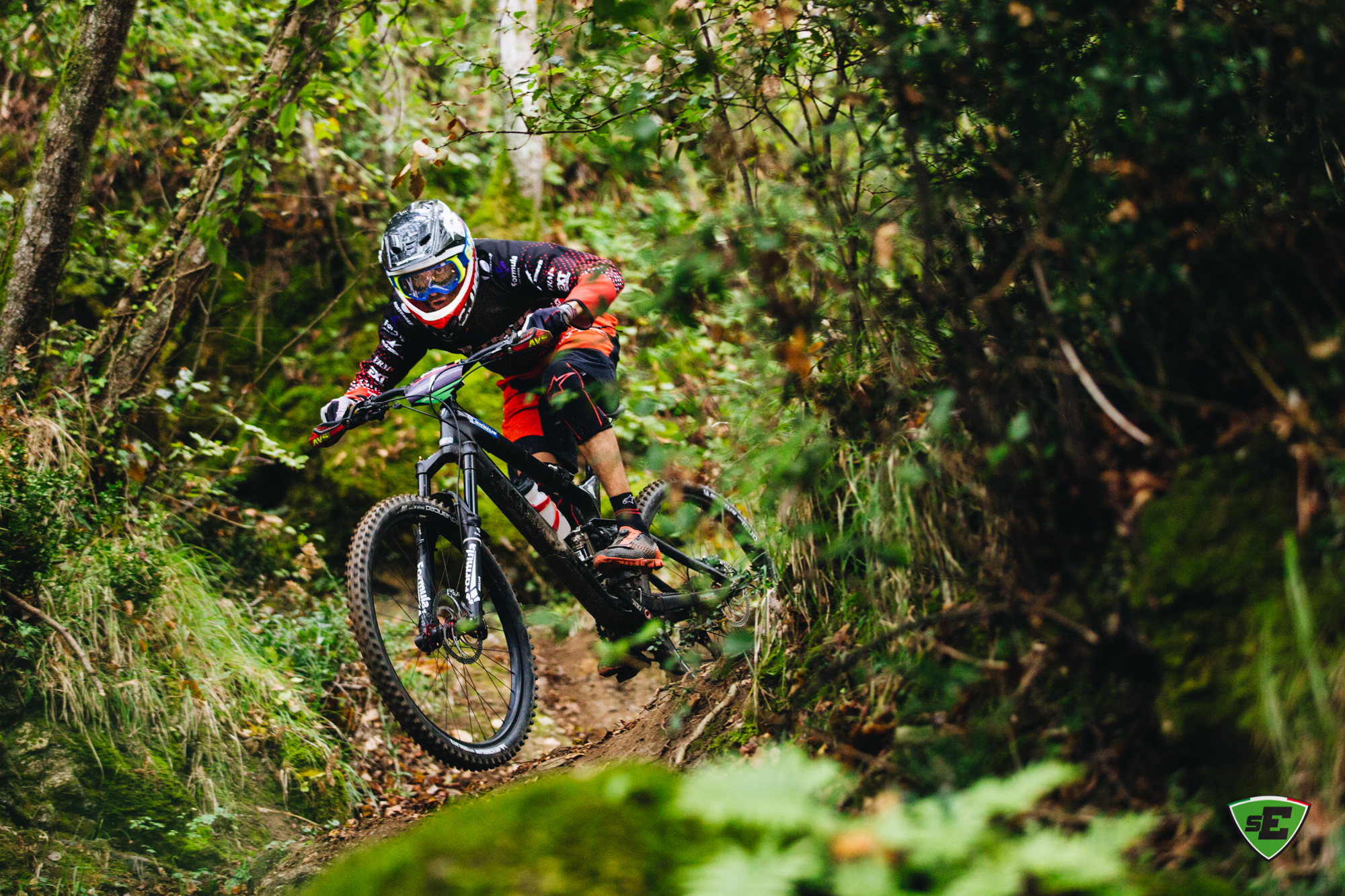 Top performance on the day for Matteo Raimondi (Team GB Rifar Racing) more and more convincing at each round. He takes the third win of the season and he finishes the championship in third; slightly disappointed for the seasonal result, he is already thinking about winter training and is looking forward to next edition, really pumped.
Second on the day, 5.28 seconds behind, and fourth in the overall, is Marco Milivinti (GB Rifar Racing Team), a true racing machine looking for a 2018 season of new challenges, at a national and international level.
Third at Portofino Superenduro is Matteo Berta for Cpz Airoh Ion Santacruz Team, his best seasonal result. 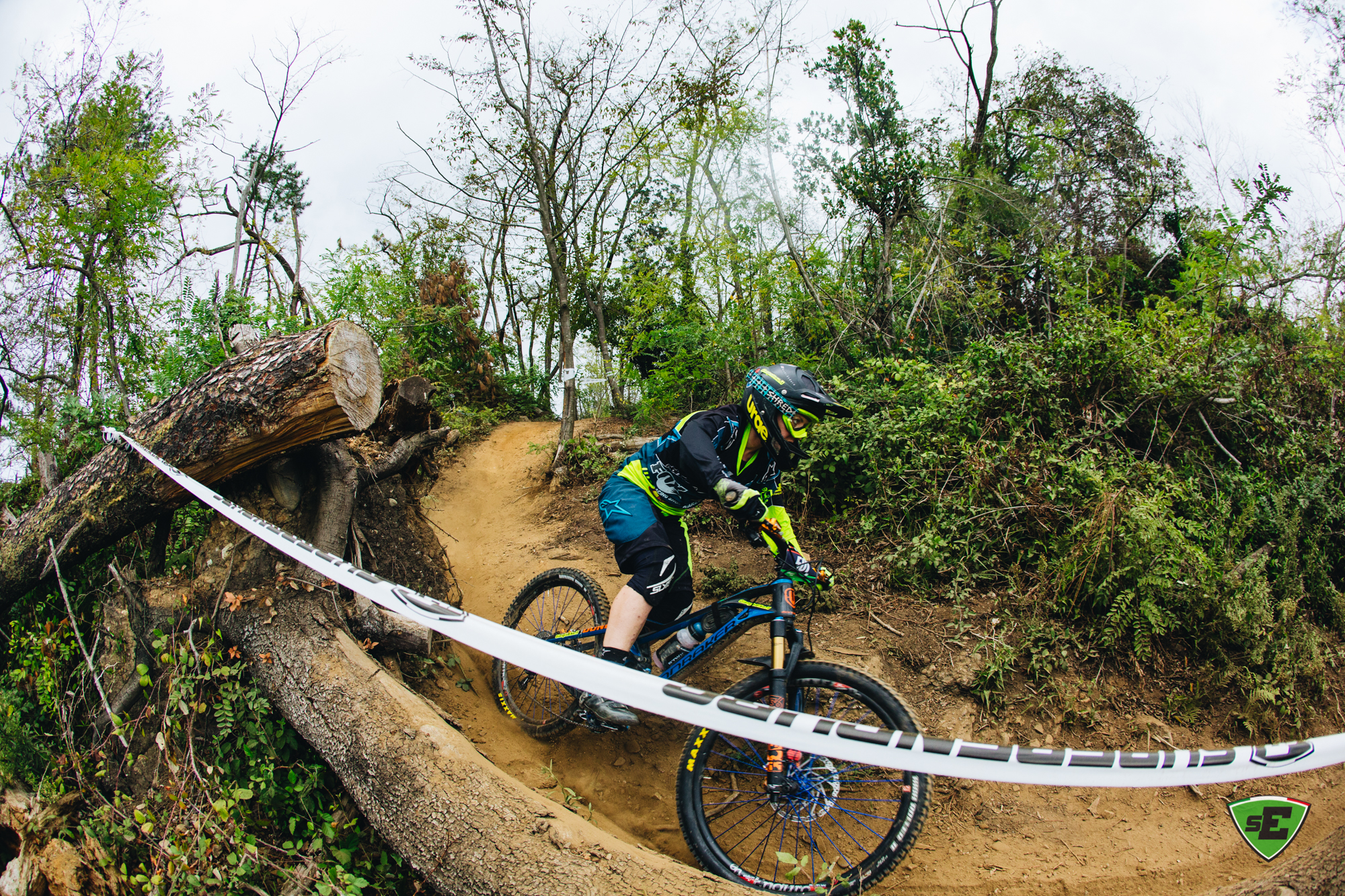 Nicola Casadei (CMC Cycling Experience Team), today is fourth by 25:31 seconds. This result definitely left a bit of a bad taste in his mouth, but his second position in the championship, only 80 points behind Vittorio, is very good and it means a lot to this rider from San Marino.
Sensational Laura Rossin (GB Rifar Racing Team) is back to the Superenduro Series to top the women’s field and to join Vittorio on the overall podium, winning the round and title here in Santa Margherita Ligure.
“Finishing the season with the race win as well as the Championship title is really amazing. This season taught me that even if things go wrong at the beginning, you have to keep your faith strong: in the end, results will come. I am really pleased with myself ”. 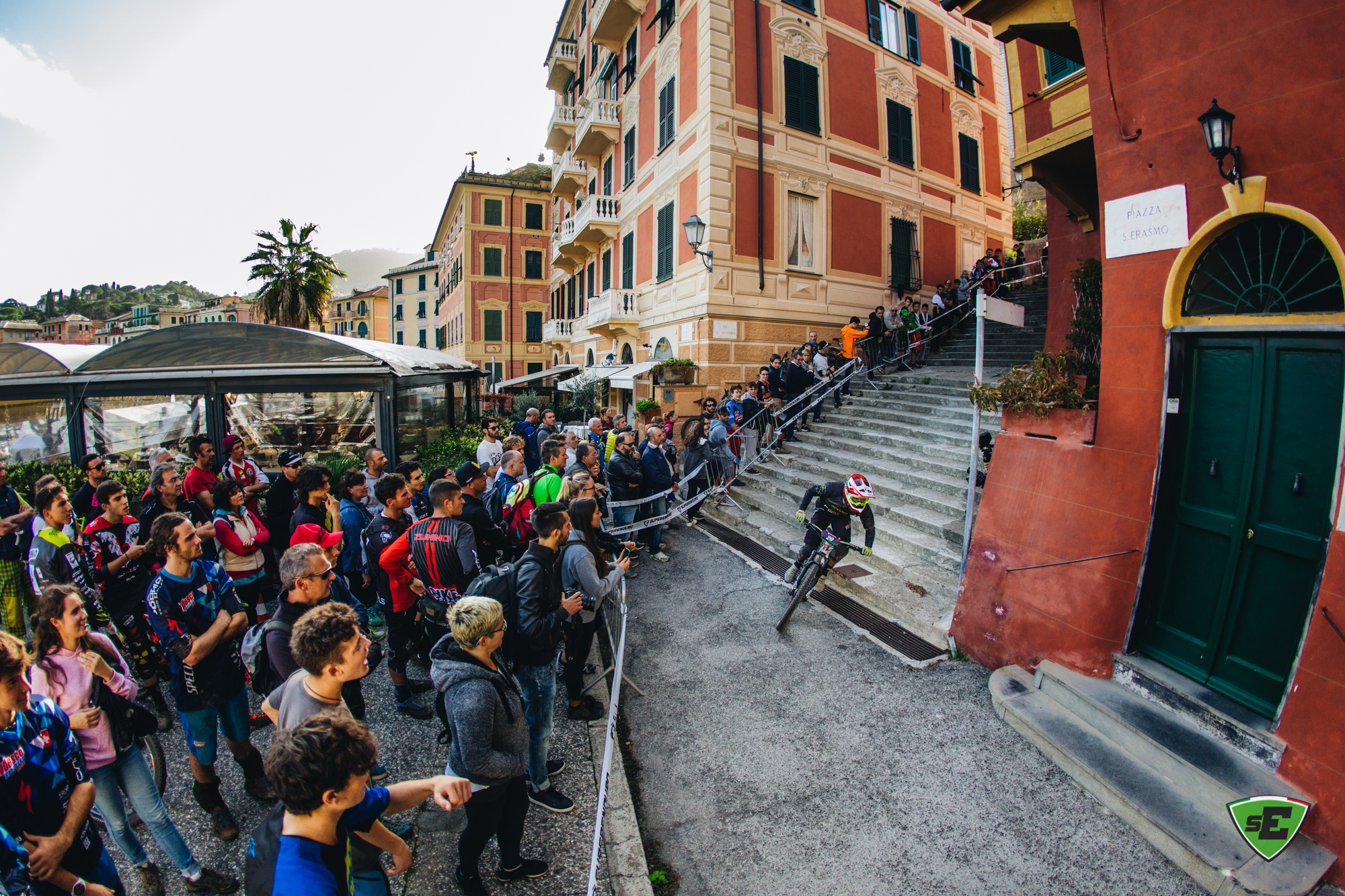 Jessica Bormolini (Raptors Bike Team) follows Laura in the overall and is third on the day, 1:57:21 minutes behind, while Alia Marcellini (Cingolani Trek Team) finished on the final step of the championship podium and is second on the day at 1:07:43 minutes.
Gusti Wildaber (Cube Action Team) takes the title in the E-Bike category, after several top-15 stage finishes during the last season in the saddle of his e-bike, in front of Giulio Guadalupi (Mysticfreeride asd) and Marcello Ghidini (Beltrami TSA Gravity). On race day, Alessandro Gennesi (Freeride Tigullio asd), who took the win, and Enrico Carlassara (Team Todesco asd) in third, joined the fun.
But the one who dominates it all in the Youth category – overall and at every single round of the 2017 season – is Simone Pellissero, Ancillotti Team’s rising talent who crushes the competition and finishes a perfect season.
Second on the day, only 0.49 hundredths of a second behind, is Francesco Mazzoni (Cicobikes dsb Nonsolofango), while Martino Lani (Scuola MTB Lago Maggiore) takes third and finishes fourth in the overall. Andrea Garella (Flowerbike Scuola MTB) joins them on the overall podium, in third. 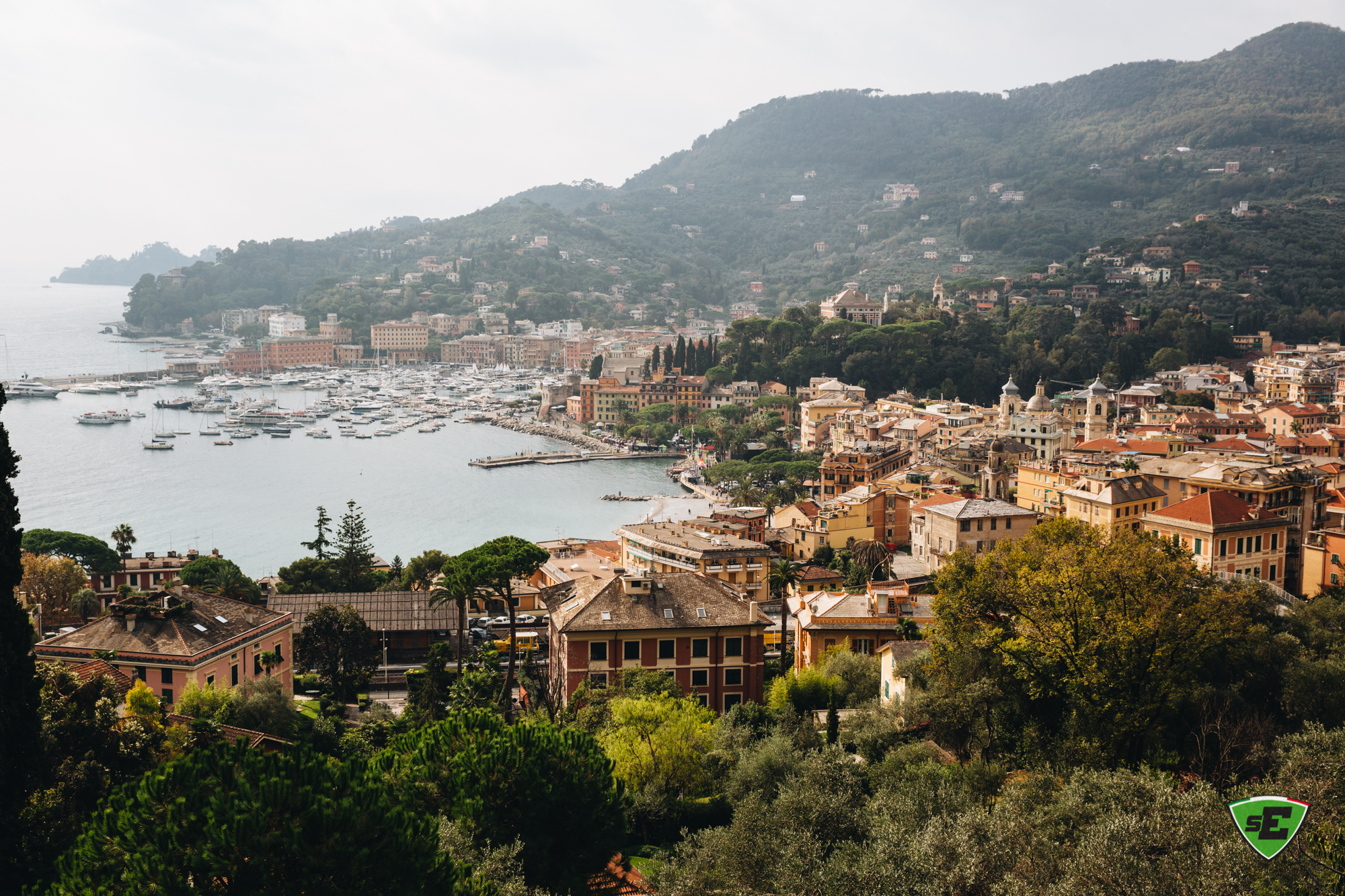 The Superenduro season that just ended has been great, with amazing rounds and the most exciting stages and battles ever. And with remarkable turnouts of Italian and international riders, up to 400 participants each time: figures that take us back to the most successful years of mountain biking and that confirm enduro riders’ liking for high-level events.
The organizing team, made stronger by the addition of new staff, amongst them Manuel Ducci, and by improvements in the logistics, have been capable of overcoming some tricky situations, always ensuring top-notch events.
Superenduro is now looking to the 2018 season and it gets ready to choose new and amazing venues throughout our beautiful country. Get ready, it will be unmissable! 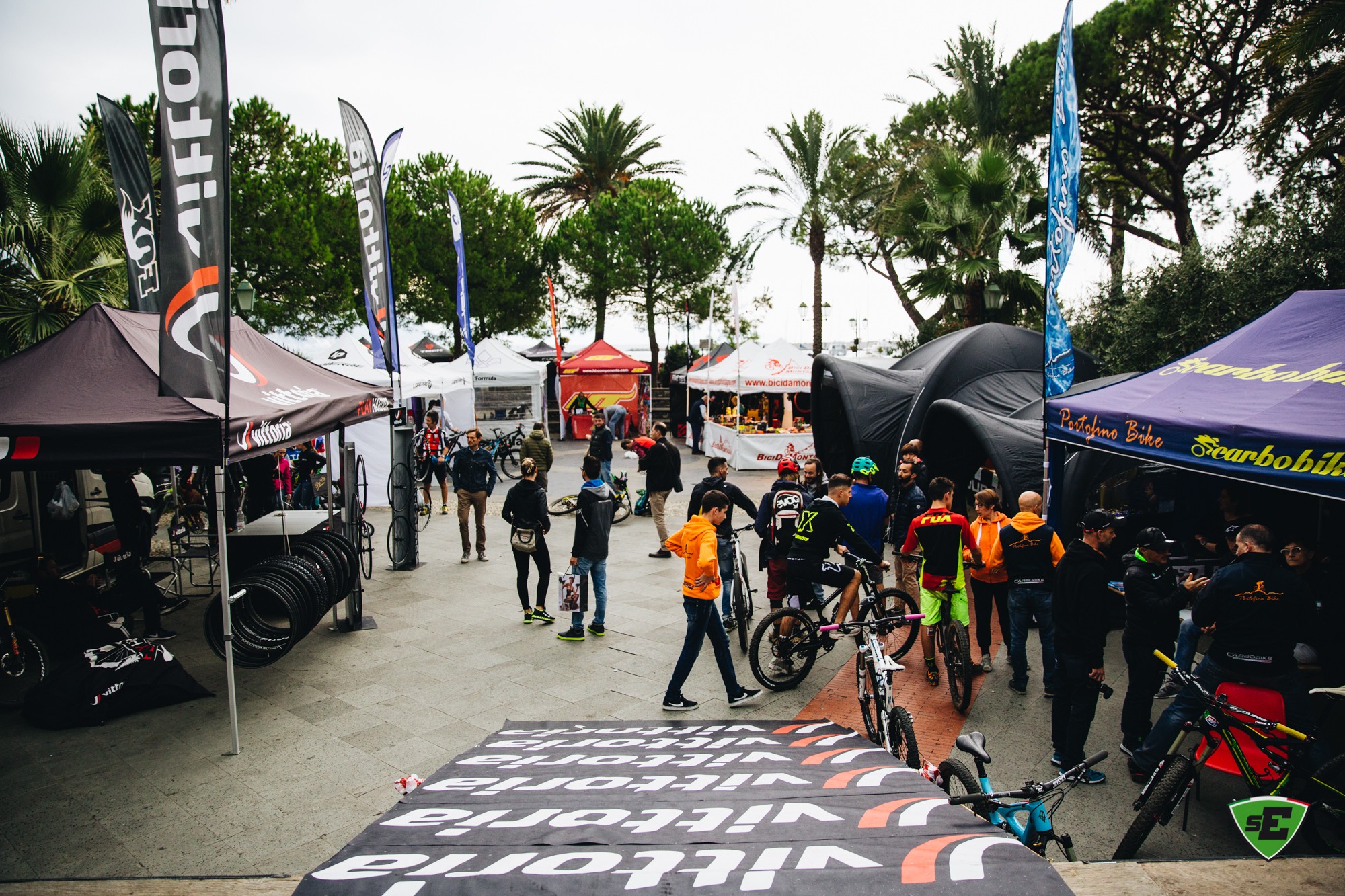