SUPERENDURO LA THUILE: THE HALFWAY ROUND OF THE ITALIAN ENDURO SERIES LINED-UP FOR THE 15th AND 16th OF JULY – LA THUILE

The national Superenduro series gets ready for another alpine round: La Thuile and the magnificent mountains of Valle d’Aosta region will play host to the third round of the season, an epic race also valid as Enduro World Series Qualifier 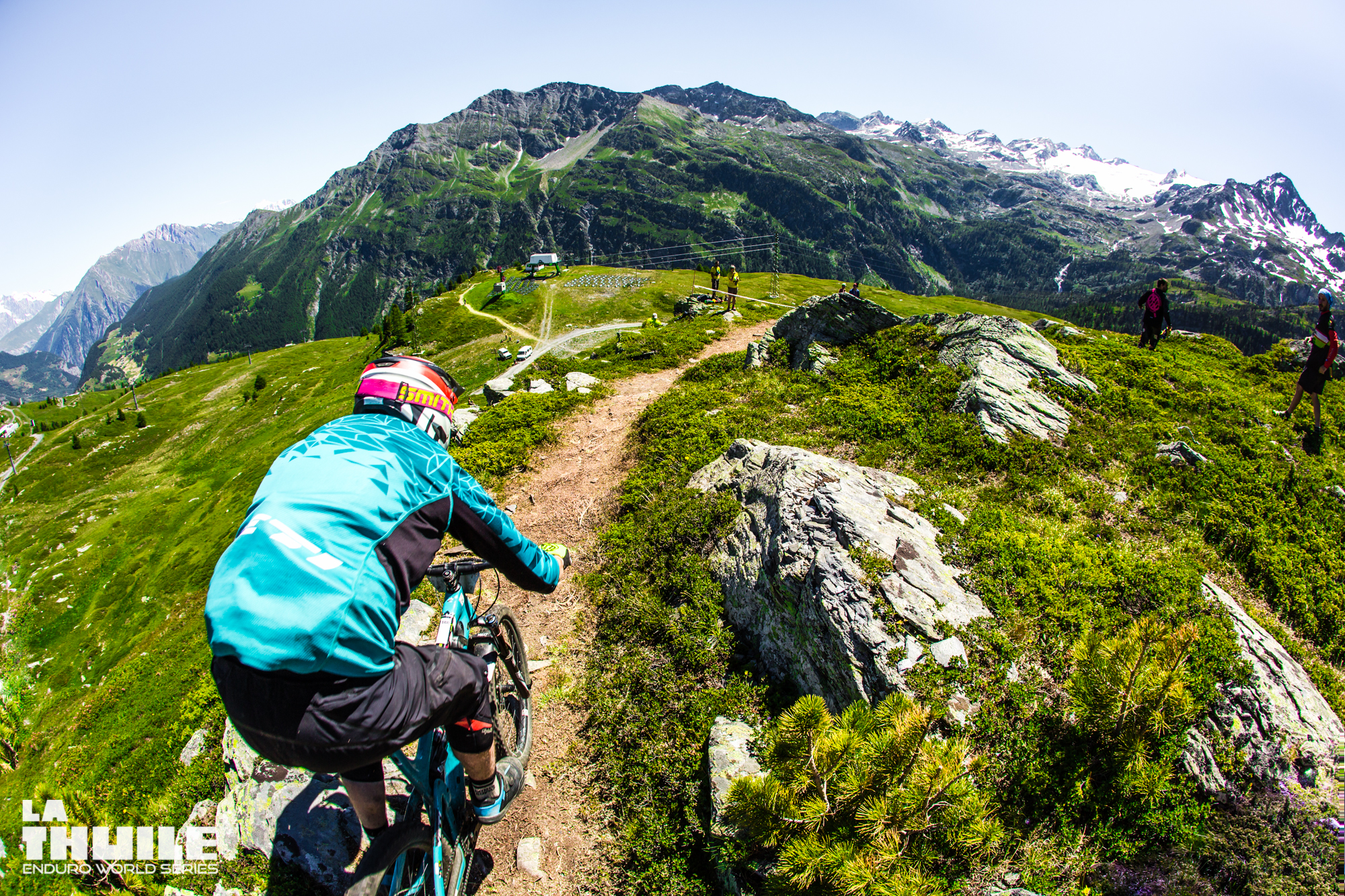 In a crescendo of emotions and adrenaline rushes, after the big opening of Gualdo Tadino in Umbria and the second round of Canazei, in Trentino, Superenduro lands at La Thuile, a venue that in recent years has written important pages in the history of international enduro.
If we name La Thuile, we can’t help ourselves but think about the round of the 2016 Enduro World Series. A wicked event that for quality of trails, level of organisation, public participation and media coverage has properly raised the bar for all mountain bike competitions: it even won the prestigious Pinkbike award for ‘Enduro Race of the Year’.
After only four years since its debut on the enduro race scene, La Thuile Natural Trail Area has already hosted two events of the Enduro World Series, a round of the Italian Enduro Cup and it is now getting ready to host a round of the National Series par excellence, Superenduro. 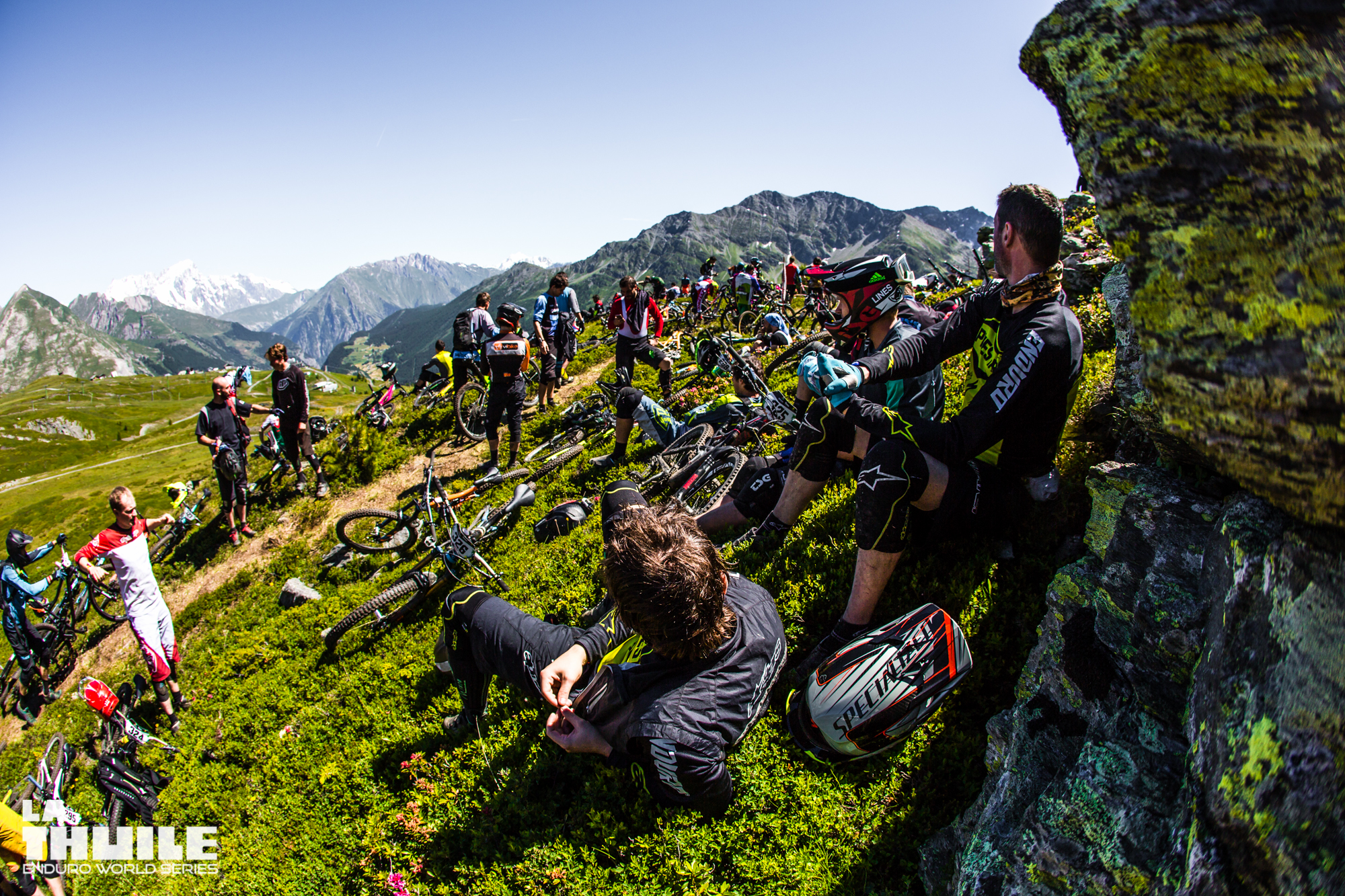 Thanks to the great commitment and to the hard work of ‘La Thuile Mtb’ crew and ‘Funivie Piccolo San Bernardo S.P.A.’ (the lift company) that, once again, are determined to leave a mark:
Enrico Martello, Bike Park manager, currently very busy with his team of trail builders, at work on local trails, tells us: “We believe in a race able to reflect the racy nature of La Thuile. Compared to the past years we reviewed some passages and we cut some completely new lines that will be used for the race. We are going to combine uplifted and pedalled transfer stages: as a result, the race will offer a good mix of physical and technical challenges. Superenduro is a classic by now; it is a high-level series, with an important place on the international scene. For this reason, our goal is to do our best, once again”. 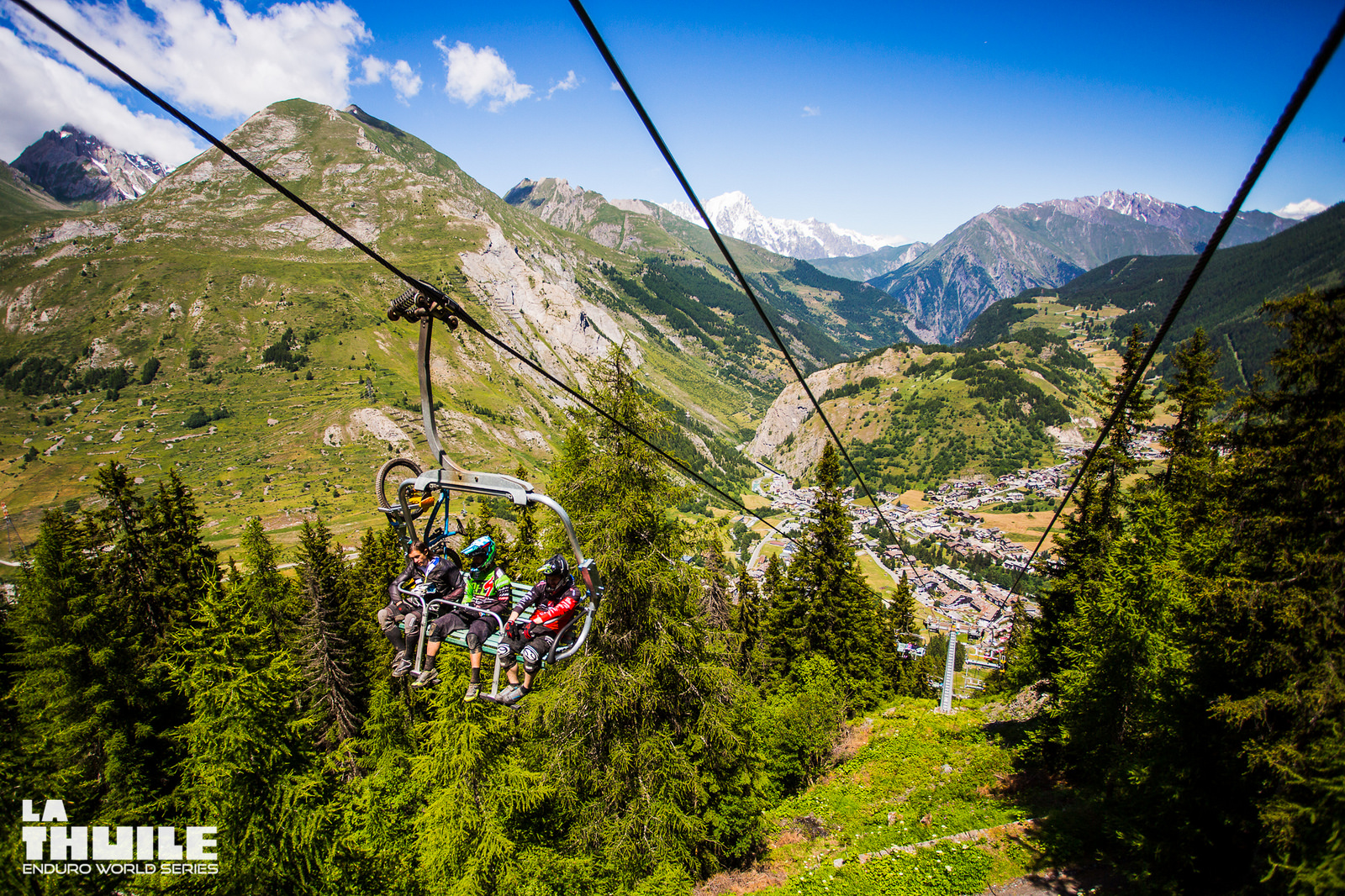 The race scheduled for the 15th and 16th of July is one of the only two Italian races that will serve as Enduro World Series qualifiers during the 2017 season. There is no doubt that this will provide for a strong international vibe at the event. Besides all top riders from Italy, already engaged in the ongoing championship battle, we will surely spot a lot of foreign riders determined to collect as many ranking points as possible in order to get their place in the 2018 EWS Reserved List.
The technical level of the race will be top-notch: La Thuile trails, very natural, are considered quite iconic amongst the enthusiasts. They are regarded as highly selective and challenging, yet great fun. Added to the fact that using uplifts for the transfer stages will allow the organizers to design a race course with serious elevations drops and long timed stages… 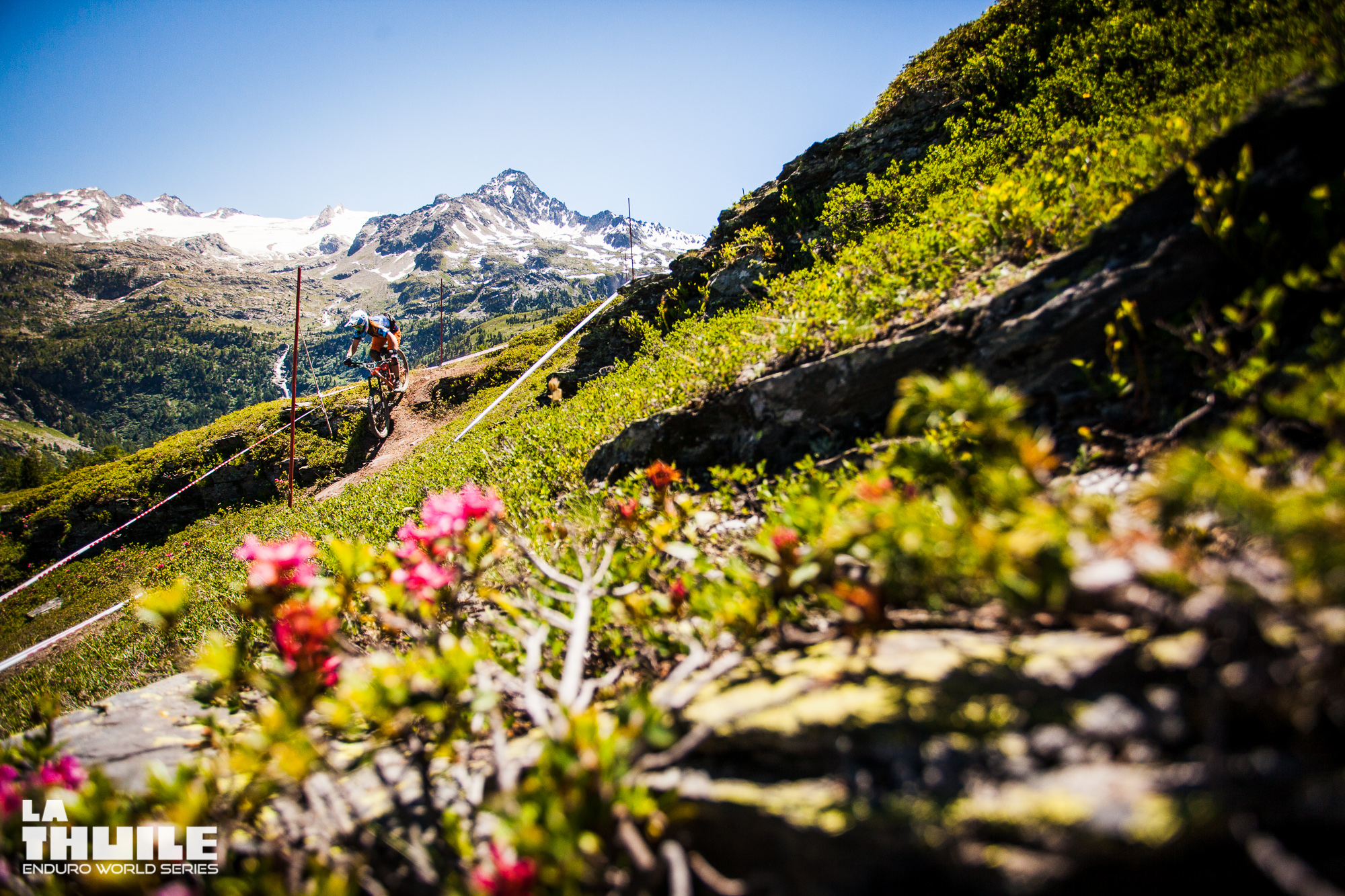 On the trails of La Thuile great things are expected of Matteo Berta and Lorenzo Suding, two of the top Italian riders. The homely atmosphere and the cheering of local fans – Valle d’Aosta is Matteo’s adopted region – could really push the two fast riders of the Cpz Airoh Ion Santacruz Team far ahead. Something similar could happen to local hero Michel Angelini, always at ease on the trails here in La Thuile. In the top tier, despite the double win of Matteo Raimondi (GB Rifar Racing Team), who is still the man to beat, the battle is open, with at least five more riders capable of taking the top step.
The third Superenduro round of La Thuile is going to be a truly spectacular race. Free up your agenda on the 15th and 16th of July: mountain-biking at its absolute best is back in Valle d’Aosta! 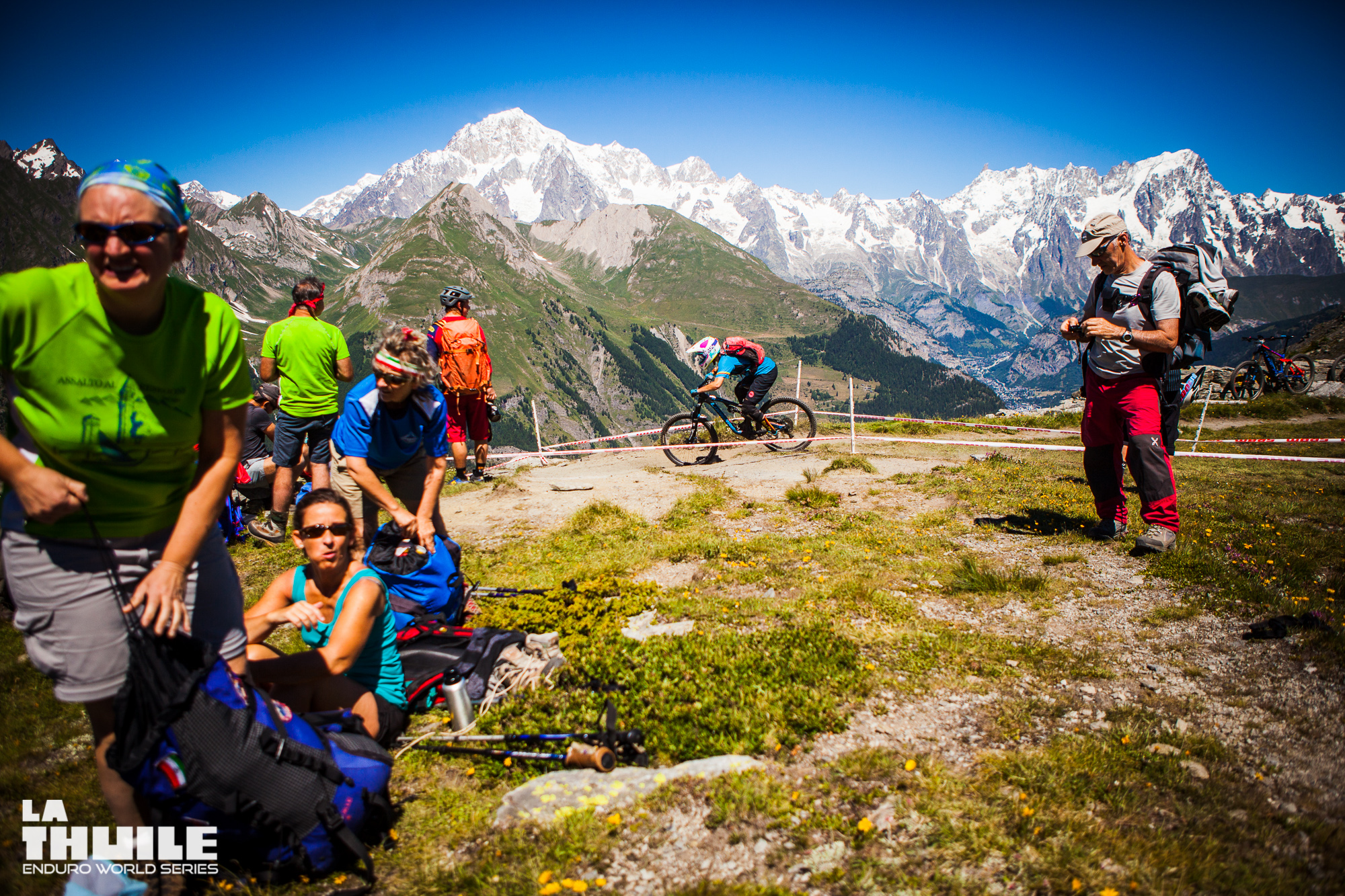